Every child wants to explore and find something, does she not? Who among us hasn’t wandered on purpose into uncharted territory only to have a parent scold and call you back. Charlie Hunman and Robert Pattinson are men doing that, as every kid fantasizes. Hearing of an ancient, lost civilization of people in the Amazon, they are determined to find it. 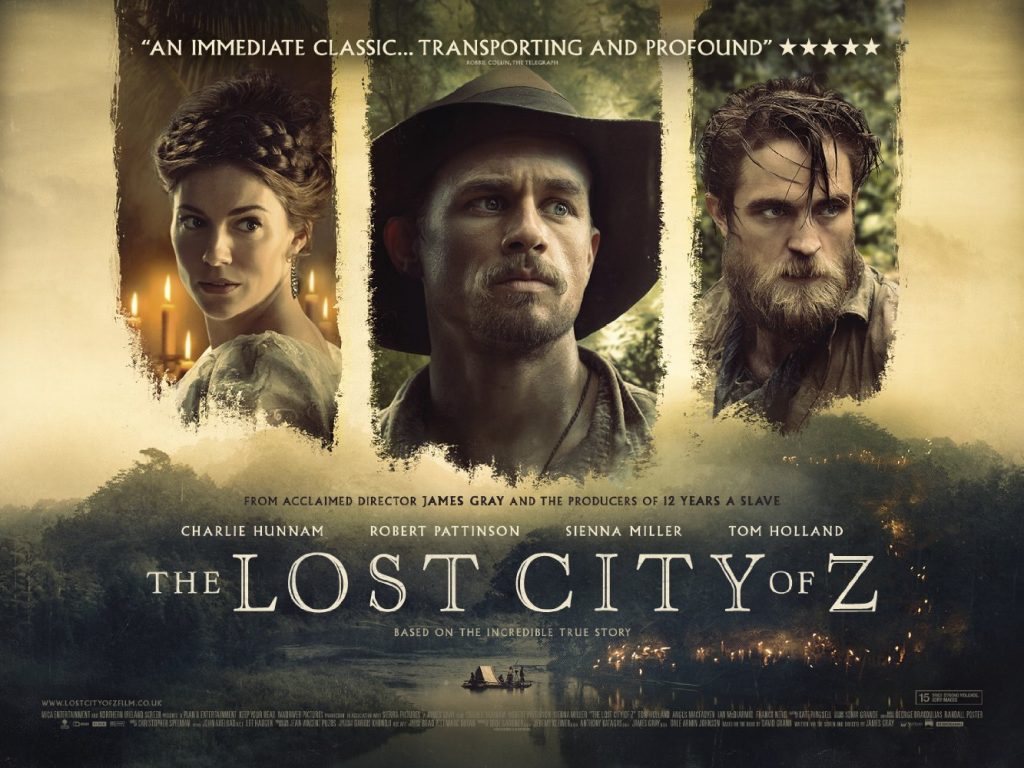 A true-life drama, centering on British explorer Col. Percival Fawcett, who disappeared while searching for a mysterious city in the Amazon in the 1920s.
Director: James Gray
Writers: James Gray (written for the screen by), David Grann (based on the book by)
Stars: Charlie Hunnam, Robert Pattinson, Sienna Miller

Against the motherland’s warning, they set out and discover many clues about a civilization that far predates Christianity. As a result, they ambition is fettered because the English don’t seem interested in knowing of something like that. Hunman’s character makes a speech at one point stating “Bigoted Christianity” probably doesn’t want to learn from this older and possibly more successful civilization.

This film has been rightly criticized as being long and at times dull. Still, if you’re looking for a true story that takes on the traditional thought of our civilization, including Christianity, I think you will enjoy it. I know I did. 7/10

The post The Lost City of Z appeared first on Riley on Film.

from Riley on Film https://rileyonfilm.com/lost-city-z/
via IFTTT