This film is streaming now on Netflix. Why do lovers do what they do? What if you knew what happened ten minutes before a breakup, what would you do differently? The viewer gets that opportunity in several situations in this film and that makes it a compelling, alluring comedy, romance, drama. By splicing in what happened before and a little after scenes, we see the situations twice and we have more insight into the relationships on-screen. 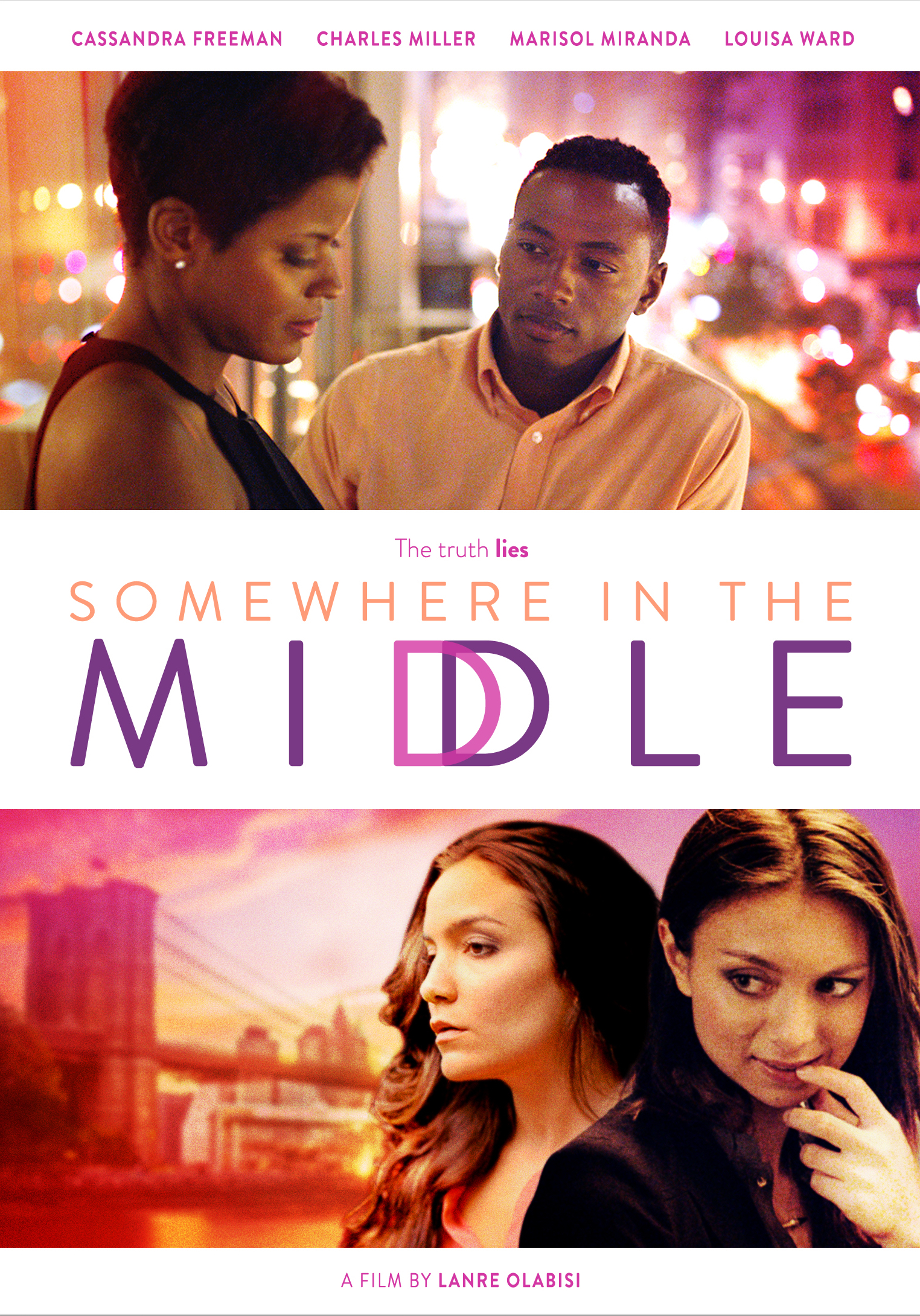 Somewhere in the Middle

“Four lovers find themselves caught in a tangle of intersecting relationships in this engaging, New York-set…” -IMDB

The director, Lanre Olabisi, is not clearly known by name but he does a great job in this independent drama. It’s a delight to find relationship films that really work like this that are in the independent realm. I hope to see more from him.
Charles Miller is the strongest actor in the film. There are also some honorable mentions in the talents of Cassandra Freeman and Marisol Miranda.
In the story, Sofia is a relationship addict and is seeing a therapist in his home office. On her first visit she meets someone in the home who she is not clear the identity of. The brother of the therapist is having troubles with his marriage and appears to be the stalker sort. As more is revealed, initial scenes reveal a truth “somewhere in the middle” about these characters. It’s true to life because sometimes when we know more of the whole story, we realize first impressions are not always the truth.

I liked the characters and the story was well written. Some of the sex scenes are a little brazen and therefore unbelievable but for the most parts, I felt the characters could be real people. I identified with some of the significant parts because they were true to life.

FINAL THOUGHTS
This film is streaming now on Netflix. It’s a gem in the romantic drama genre. If you’re looking for a film to talk about with your wife/husband/spouse, this is a good one for that. It is an independent small budget film with no movie stars but the performances are solid along with the writing (also written by the director). For fans of the genre(s), though there isn’t much comedy here, I recommend this film.

–
My review Somewhere in the Middle (2015) appeared first on Riley on Film.