Phillipe Petit is the subject of the feature film on this event. This is a different film, a documentary covering the idea to walk on a tightrope across the late World Trade Center. This film is much better than the Hollywood version. It does an amazing job of bringing you into Petit’s world and even onto the wire itself. 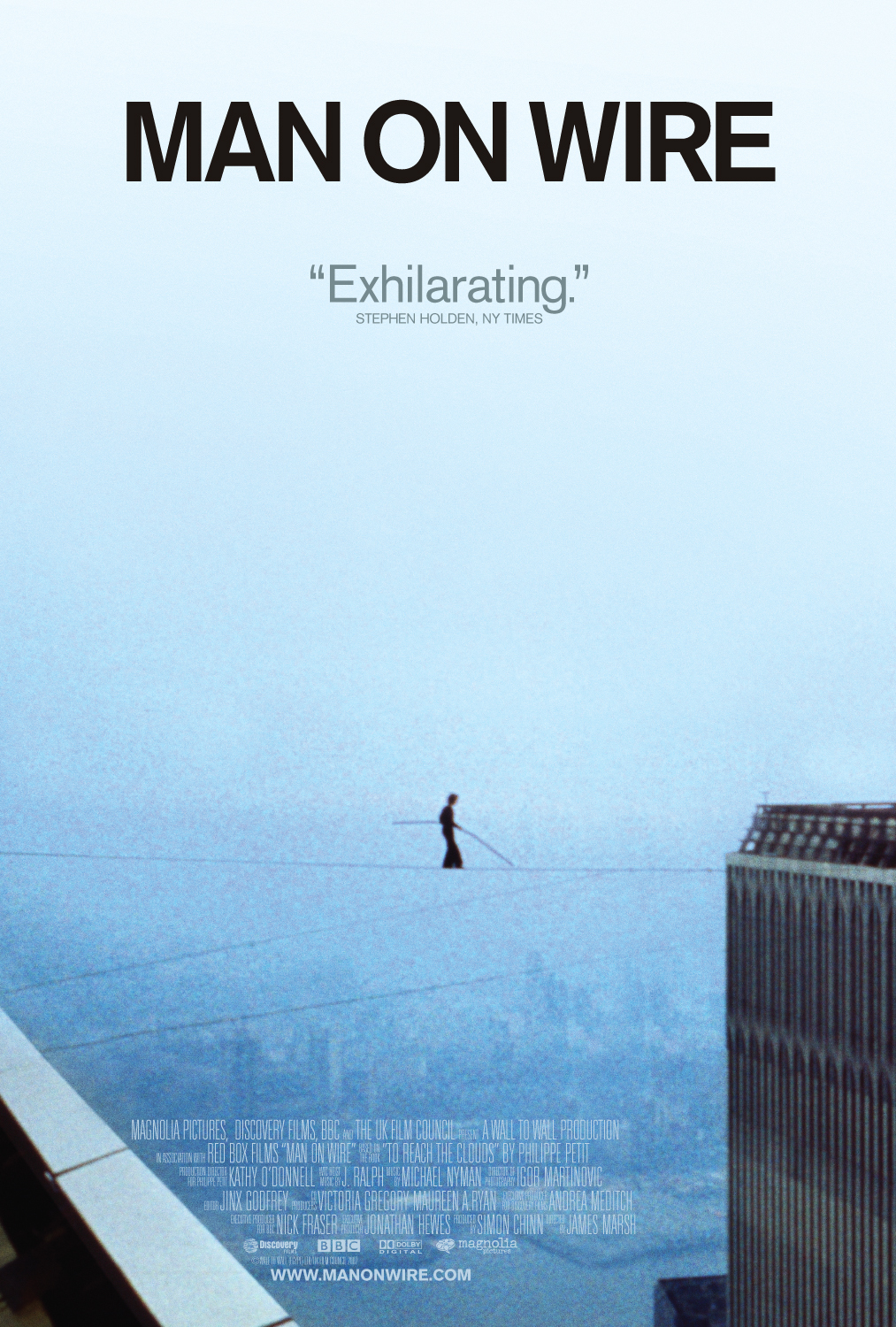 “A look at tightrope walker Philippe Petit’s daring, but illegal, high-wire routine performed between New York City’s World Trade Center’s twin towers in 1974, what some consider, “the artistic crime of the century.”” -IMDB

The early part of the film shows Petit practicing his unicycle and wire walking skills in Paris. He knew he was destined to do something amazing with his talents but he didn’t know what. Early on, in a dentist’s office he saw the towers in a magazine and got his inspiration to do it.

The best feature of this film is that you get Petit himself talking about why and how he pulled off this feat of art. The amount of work and stealth trickery involved is staggering. It is mindblowing what he was able to do but you keep asking yourself, “why?”

In comparison to the Hollywood version, this film draws you in to a real event. That’s why this one makes my great 100 list and the Hollywood version does not. The documentary is not perfect in that it does contain a lot of interview footage, and that can get less than exciting if you aren’t really into the topic.

Blogger, podcaster & movie blogger Damien Riley: BA/MA English from Cal State Fullerton. Based in: Victorville, CA, USA. Read and listen to my movie reviews at rileyonfilm.com and my podcast "The DRP" at thedrpodcast.com I also try to keep a day to day blog at rileycentral.net