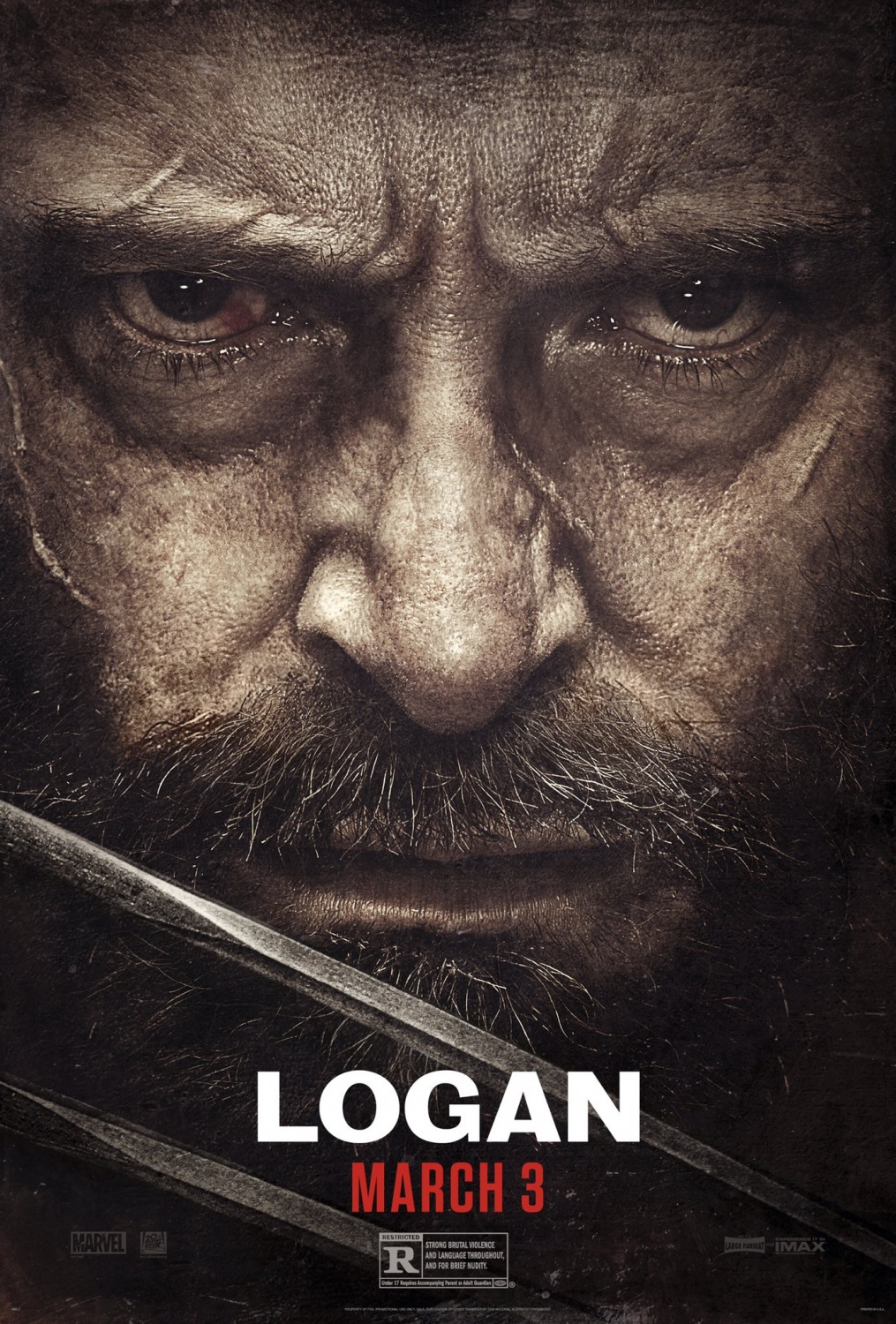 “In the near future, a weary Logan cares for an ailing Professor X in a hide out on the Mexican border. But Logan’s attempts to hide from the world and his legacy are up-ended when a young mutant arrives, being pursued by dark forces.” -IMDB

Directed by
Written by

Director James Mangold was at the helm of movies such as Girl, Interrupted (1999), Walk the Line (2005), which he also co-wrote, the 2007 remake 3:10 to Yuma (2007), and The Wolverine (2013). The range of films show he can do just about anything. Perhaps the slow drama aspects of the first hour were meant to be deep and soulful like other work he has done. Unfortunately, it felt out-of-place for me.

So many people love this movie, I imagine I am in the minority in grading it lower. I gave this reveiw a lot of thought so don’t think I just reacted from my easy chair after getting right back from the film.

Hugh Jackman is not much different in this film than in his other Wolverine incarnations. He does take on a pseudo-dad role which is awkward and certainly not worthy of being called a dad role in any way. This is nowhere more evident than in a scene where the “daughter” calls him “daddy.” Patrick Stewart is painful to watch. I know fans of his character Charles Xavier may appreciate what happens in this film but for me, a more passive fan, it was droll and shameful dialog for a master such as he.

There is a mutant little girl. She has large eyes. I can’t tell you more than that, there isn’t much to tell. This little girl is part of a small gang from a Mexican hospital. They were “engineered” for a government purpose. Hmmm. Could this be for a sequel? That’s all the summary need to give really. It’s a bare bones script.

FINAL THOUGHTS
The best thing about this movie for me is that there will be no more Wolverine films. I can’t recommend this film, it isn’t a fraction of what it could have been. Still, staunch fans of the franchise will undoubtedly like it and add their “likes” to a sometimes misleading social media.

The post Logan (2017) appeared first on Riley on Film.

from Riley on Film https://rileyonfilm.com/logan-2017/
via IFTTT