Mike Leigh is a different sort of cool director. As I watched this film I kept thinking, “Something’s different about this movie.” It’s certainly a great and entertaining drama comedy but there is one big “under the hood” aspect that really makes it special. 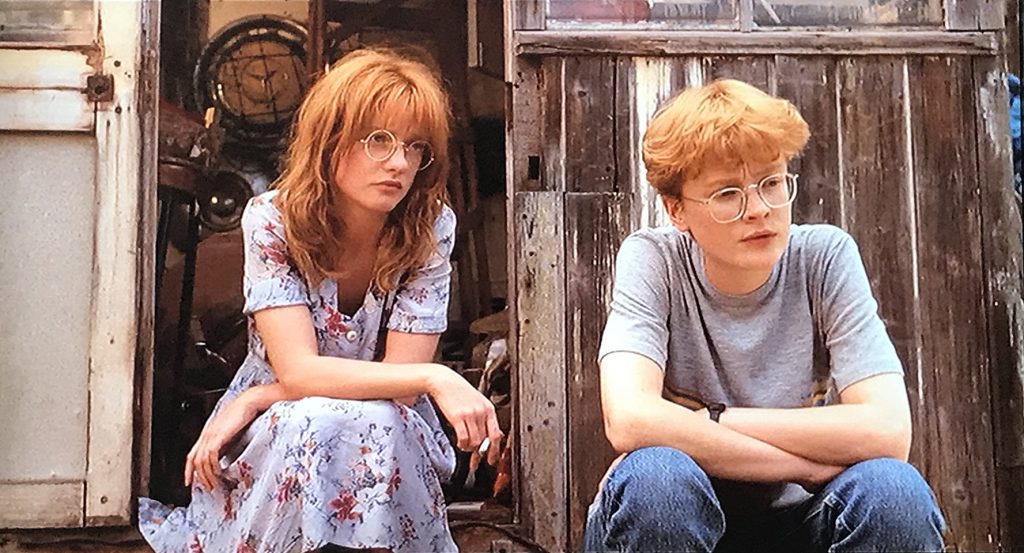 When Mike Leigh makes a film, he hires the cast without a script. From there, he pays the actors to improv with the basic story and develop their own script which is later used for the movie. This is organic and it promises to make the film more human and realistic I think. The film doesn’t have a twist and there is no notable escalating of action. It works perfectly as is.

Seeing Jim Broadbent in this recalls Harry Potter. He is so much younger in this though. All the actors in this went on to have hearty UK roles in TV shows and movies. If you like British media, this would be a walk down memory lane for you to see these actors in their youth. We learn lessons like one parent is often a better provider than the other and there may be something wrong with a twin sister that we didn’t realize as a result of her odd behavior. She’s not just stuck in post-adolescence.

In keeping with the style of organic writing, the script is just people living their lives. You pay more attention to their wallpaper as they talk than to clues to solve any mysteries, because there are none. You do experience people who love each other and do what it takes to keep the day to day going. Isn’t that what we’re all doing, if we’re lucky?

This film was very enjoyable and I give it an 8/10.

The post Life is Sweet appeared first on Riley on Film.