Here we have a cult favorite with underpinnings of a low budget cheap thrill horror movie. Centered around an urban legend where if you say “Candyman” 5 times in the mirror, the characters are killed one by one. Not too cerebral but with a lot of jump scares. 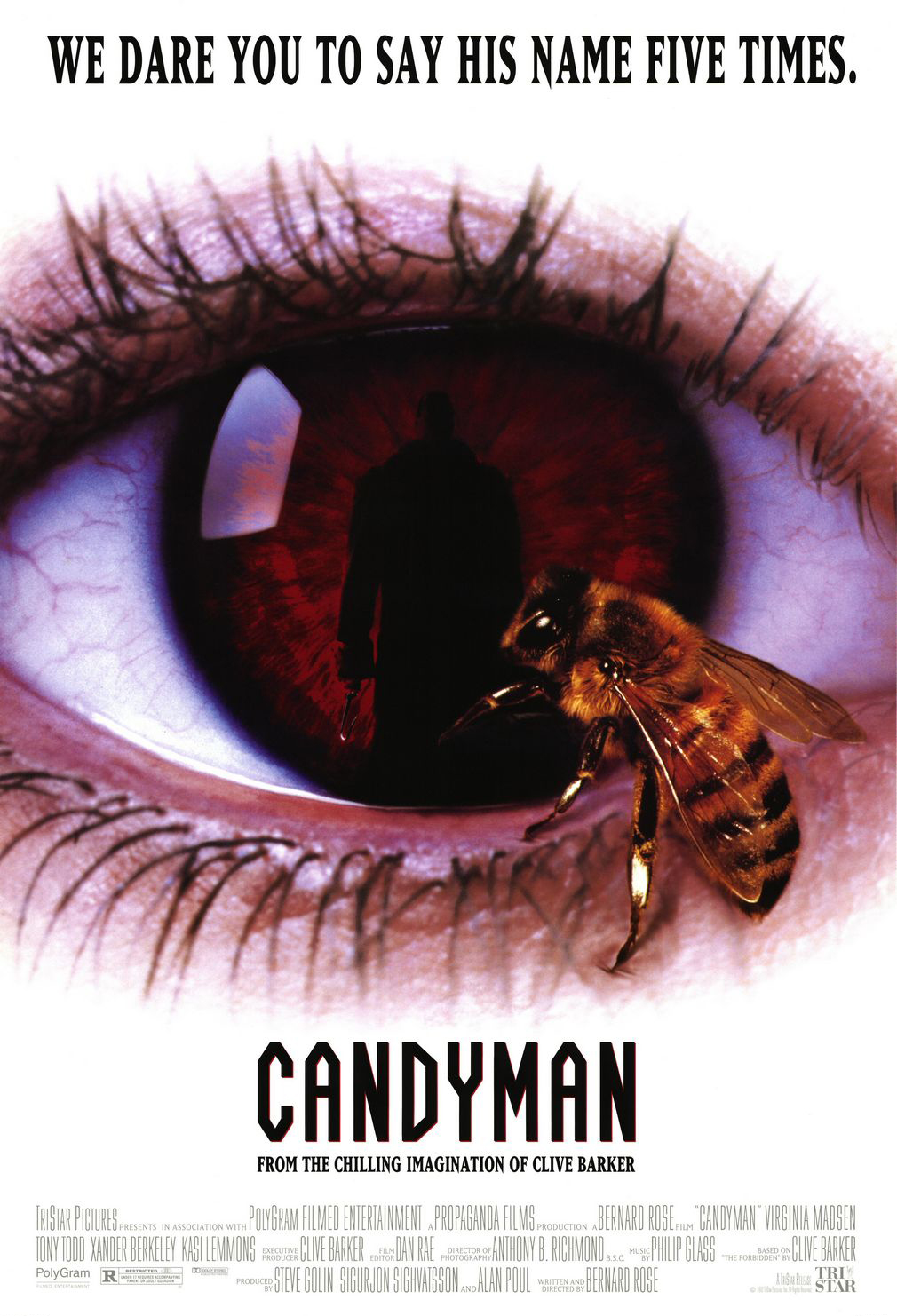 “The Candyman, a murderous soul with a hook for a hand, is accidentally summoned to reality by a skeptic grad student researching the monster’s myth.” -IMDB

Kids freak out over urban legends. The idea that a chant in a mirror can summon a killer or a demon or even a product of ones imagination scares the crap out of them, Some people say we are all kids inside no matter our ages. Perhaps that is why this film has become such a cult classic.

Where I get off the bus is when Virginia Madsen’s character start researching this killer as a supernatural entity. Throughout the 90’s we had slasher films that centered on legend, I Know What You Did Last Summer comes to mind. Perhaps this film tried a bit to hard to weave a scientific basis into it. I think we’ve learned as viewers that the legend need not be explained. Of course, there is always the twist that works well.

Final Thought:
Candyman is a gore-filled jump fest that may appeal to pajama party teens. For those of us seeking to see the elements of horror, it grows tiresome wading through the cheap thrills to get to the real stuff that scares us. It’s all there though, I can’t deny that. Don’t expect a dark sense of foreboding but then again not much n the 1990’s produced that good stuff.

The post Candyman (1992) appeared first on Riley on Film.

from Riley on Film https://rileyonfilm.com/candyman-1992/
via IFTTT