This is the infamous “gay movie” I’d been hearing about months before seeing it. I learned it isn’t a gay movie but rather a movie about how lives cross in time and sometimes we find a spark: gay or not. As a heterosexual male, I enjoyed that aspect of this film very much. After all, there are also hetero relationships in the film and some very beautiful actresses. I’ve concluded this is more about summer relationships gay and straight than it is about revealing what it means to be gay. That may let down some people but there are other films out there that qualify as gay films. 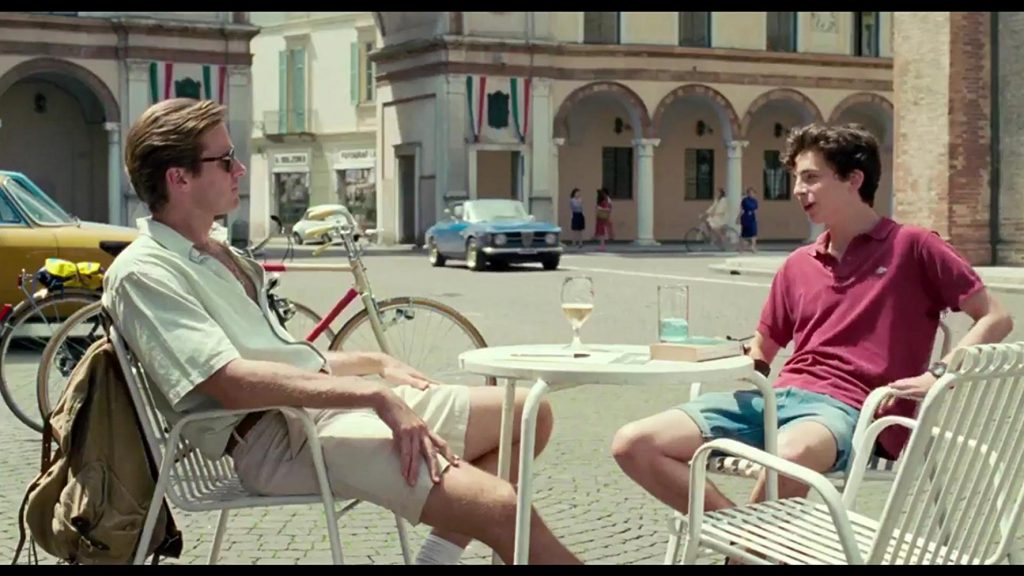 In Northern Italy in 1983, seventeen year-old Elio begins a relationship with visiting Oliver, his father’s research assistant, with whom he bonds over his emerging sexuality, their Jewish heritage, and the beguiling Italian landscape.
Director: Luca Guadagnino
Writers: James Ivory (screenplay by), André Aciman (based on the novel by)
Stars: Armie Hammer, Timothée Chalamet, Michael Stuhlbarg

When people have a spark between them, it’s wonderful. We think of two young men as knees and elbows and as awkward creatures less capable of romance. This is film is kind of nice as we are in an open time of acceptance for gays and bisexuals. They just feel it. Why do some begrudge them love they desire? There were a few parts that dragged a bit. Overall though, this is a brave film that shows the value of love’s spark, over the spanse of one Summer, in Italy. I recommend it. Your thoughts are invited in the comments.

The post Call Me By Your Name appeared first on Riley on Film.

from Riley on Film https://rileyonfilm.com/call-me-by-your-name/
via IFTTT