Gay cinema isn’t new but it is few and far between in the mainstream. May gay voices are sharing online they don’t see this as a “gay film” perse but rather a love story between two men that are likely bisexual. The author of the bestselling isn’t gay either. Well, matters of the heart aren’t always as cut and dry. This is a character study/love story. 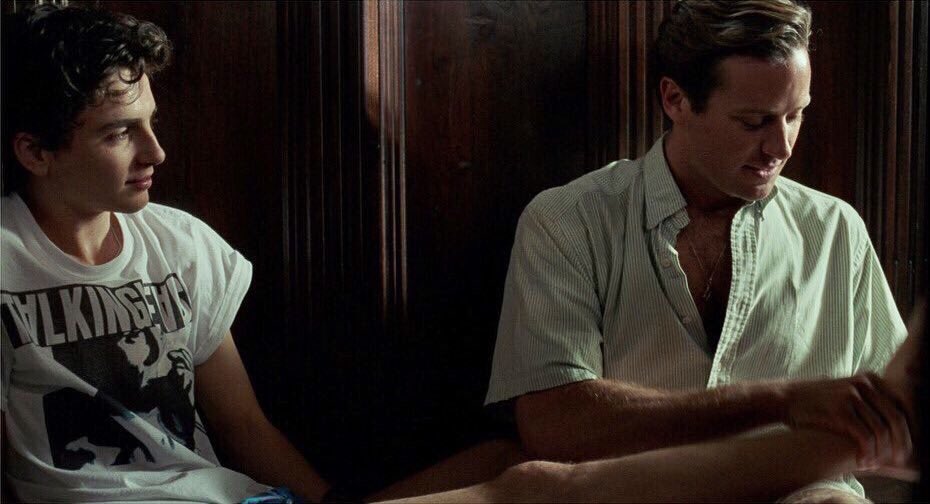 In Northern Italy in 1983, seventeen year-old Elio begins a relationship with visiting Oliver, his father’s research assistant, with whom he bonds over his emerging sexuality, their Jewish heritage, and the beguiling Italian landscape.
Director: Luca Guadagnino
Writers: James Ivory (screenplay by), André Aciman (based on the novel by)
Stars: Armie Hammer, Timothée Chalamet, Michael Stuhlbarg

The older of the two in this couple is spending time in the Italian vacation home of his colleague. This would be purely scientific had it not been for the 9 years younger son of his colleague. He becomes entranced by the guest. What ensues is a film set in 1984, mostly noticed by how the Walkmans and slide projector props. They develop a thing that later his father will call “more than friendship” and by any standard it is certainly that.

I marveled at this film’s ability to chronicle the innocent love that develops between two men. It makes no judgements and shows when you love someone, the heart leads the way. I agree it is not heavily into the gay themes so some people who are counting on that will be disappointed. It does however show a touching love story made for lovers of all genders and identifications. I found no fault in this film other than my warning stated above. After all, it is being marketed as a gay film.

The post Call Me By Your Name (2017) appeared first on Riley on Film.

from Riley on Film https://rileyonfilm.com/call-name-2017/
via IFTTT