I think most Americans, happy with their upbringing, are delighted to tell stories about their childhood. If we tell them, they become immortal. Such is apparently the case with humorist Jean Shepherd. His semi-fictional memoir In God We Trust, All Others Pay Cash is the basis for this lovely, wonderful film. 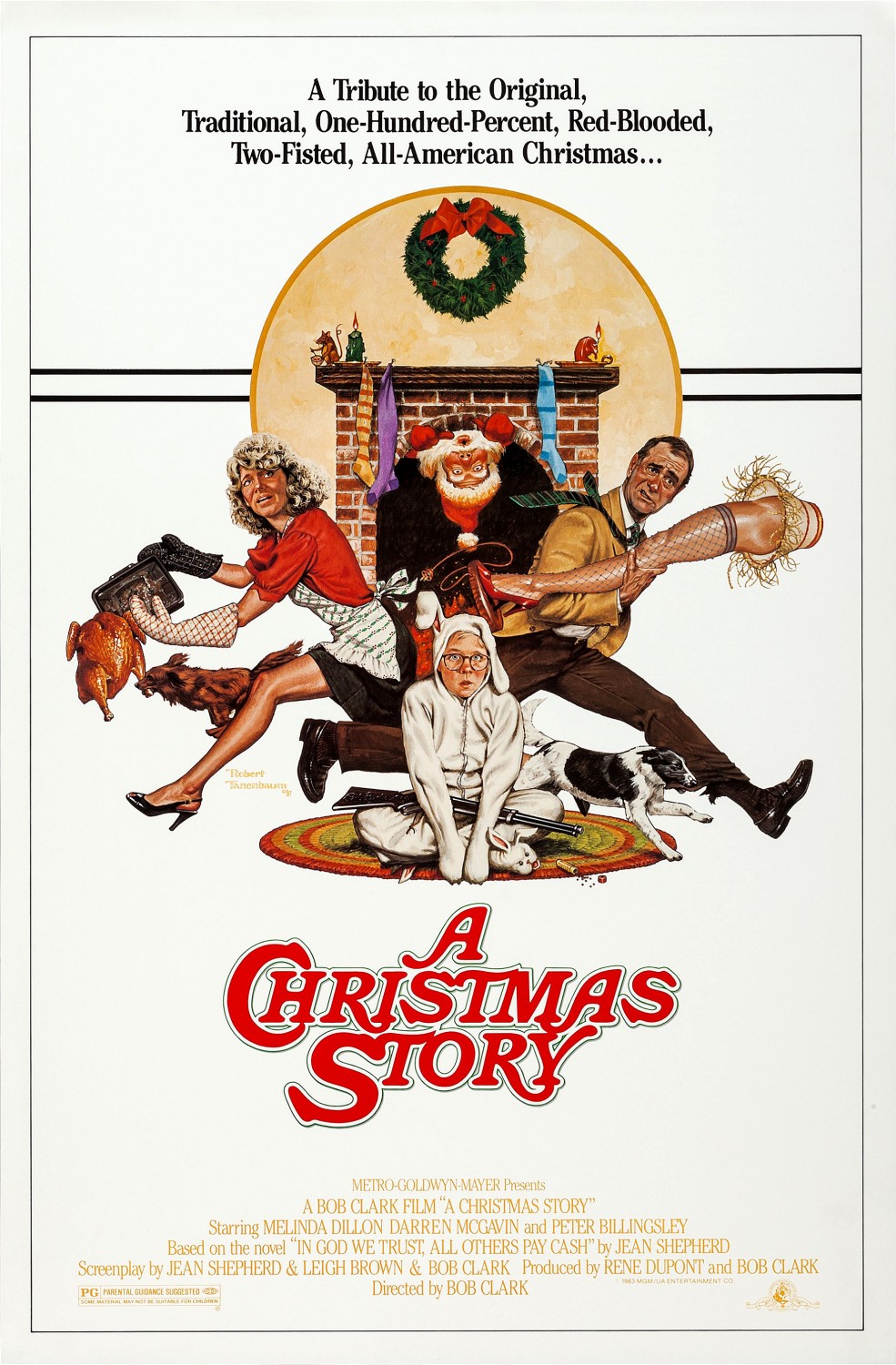 “In the 1940s, a young boy named Ralphie attempts to convince his parents, his teacher, and Santa that a Red Ryder B.B. gun really is the perfect Christmas gift.” -IMDB

Looking at this film on face value alone may cause it to appear like a Hallmark channel move or a strictly family film. The truth is it’s more than that. A humorist lends his life supply of experiences growing up to produce family-friendly comedy, with a slightly twisted bent. I know I wouldn’t have liked it if it was simple a family Christmas film.

It takes place in the 1940’s when American life was a lot simpler. Even still, you see the father come home from work getting mad at the broken furnace, cussing at it. You see that daily dilemma of Ralphie and his little brother trying to get to school in sub zero temperatures. And then of course, there are the bullies to and from school to worry about.

Why the hell do we tell our kids to believe in Santa Claus? This question is indirectly raised but never answered. In fact, it raises gender role issues, peer pressure, and American traditions. It reminds us of our traditions, even ones we’ve taken for granted all our lives. As we laugh at Ralphie and this family, we are really laughing at ourselves.

Bob Clark directed this amazing piece. He will be remembered by some as directing the coming-of-age film from 1982, Porky’s. While not as racy as that film, this one deals with boys growing up and poking fun at our human situation.

Some of the cast should be mentioned: Peter Billingsley played Ralphie. Before that, in America he was recognized as the Nestle Quick chocolate Milk kid. Darren McGavin plays “The Old Man,” Ralphie’s father. His role is superlative. He plays the somewhat detached aging father so well. When he cusses at the furnace, you swear you’ve heard that somewhere before! The whole cast is amazing and it’s an excellent script they use to deliver the jokes and message in the film.

When seen for the sarcastic, dry, deadpan humor it offers, this film is a winner! Some may be put off by its seemingly traditional appearance but please remember it is poking fun at tradition as much as reminding us of it. Give this incredible memoir film a chance, you won’t regret it.

–
My review A Christmas Story (1983) appeared first on Riley on Film.